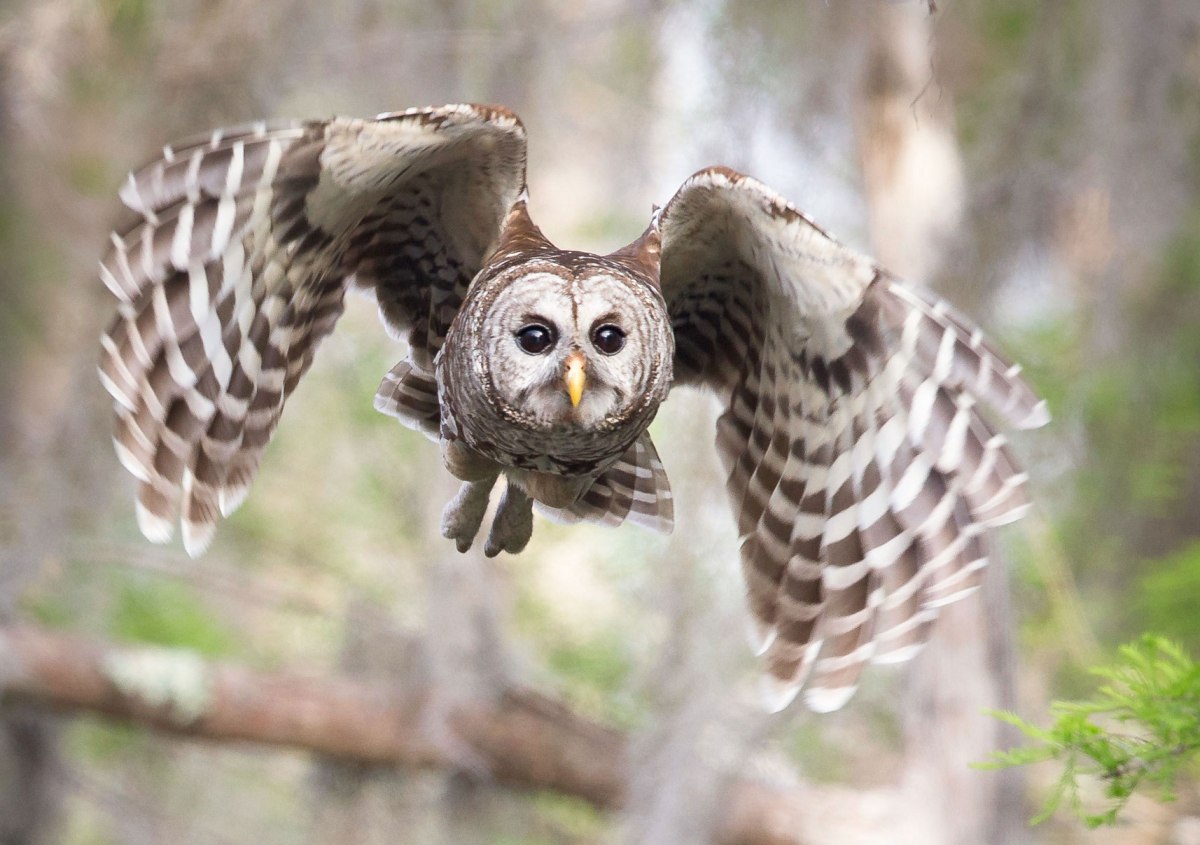 The barred owls hoot to each other at night. The ravens chuckle and call across the forest canopy. The garter snakes and salamanders burrow down for winter. The mushrooms are blossoming. Under the soil, a million wildflowers await the spring, and their turn in the sun.

It’s December in the forest. The rain pours down and the forest absorbs it all, allowing it to drain deep into the aquifer. Without the cover of trees the water would run off into the creeks, and the aquifer that we all depend on would be depleted. The forest stands tall as guardian of it all – the wildlife, the watershed, the carbon, the ecosystem as a whole.

But is it safe? Of all BC’s ecosystem zones, the Coastal Douglas-fir ecosystem that we live within is the most at risk. It’s home to the highest number of species at risk, and it has been the most altered by deforestation and development, with less than one percent remaining as old growth forest and almost half having been lost to human activity. In the Cedar-Yellow Point area two areas of forest have recently been clearcut, one just west of Yellow Point Lodge, the other north of the Woodley Range Ecological Reserve. Other forested parcels may face the same fate.

So what can we do? This is the question the prompted a group of local residents to start meeting early in 2017, and in August we formally established ourselves as the Yellow Point Ecological Society (Y.E.S.). Our stated purpose is “to understand, appreciate, protect and restore the ecosystems and watersheds in the Yellow Point area of Vancouver Island, and to inspire and support local residents to do the same.”

A Voice for Nature

We want to become a voice for Nature, for the Coastal Douglas-fir ecosystem, for the watershed. A voice for the myriad forms of wildlife that the forest supports, and all the tranquility and beauty they bring. Nature needs it, our children need it, we need it.

So what can we hope to achieve now that we are a formal society? Our hopes are as high as the sky, but constrained by the time, the volunteers and the resources we can muster.

We are busy at work on three fronts. First, we are educating ourselves. We are learning about the Coastal Douglas-fir ecosystem, the myriad species it contains, the threats it faces and the ways it can be protected. To this end, we are organizing a monthly hike,  and a Speakers Series, starting with the esteemed Snuneymuxw First Nations elder Geraldine Manson on Thursday January 4th.

And third, we are learning about the legal and regulatory systems that protect – or fail to protect – the forest ecosystem, and we are exploring new ideas.

How to Protect the Forest?

What would it take, for instance, for private landowners to be inspired to protect their forests by adopting the ecosystem-based system of sustainable timber harvesting that was used so successfully by Merv Wilkinson at Wildwood, and for successive generations of landowners to restore their forests to an old-growth condition over the next two hundred years?

Might it be possible for a regional district to create a Coastal Douglas-fir Ecosystem Environmental Development Permit area, providing an added level of protection against clearcutting and excessive logging, combined with enforcement penalties that are meaningful and not just symbolic?

And might it be possible for a regional district to adjust the zoning bylaws so that a landowner with twenty acres (for instance) could still subdivide his or her land, but would do so not by dividing it into four five-acre lots, but by clustering four homes in one area, thereby preserving most of the forest?

Globally, Nature is everywhere under assault. If you want to say Yes to Y.E.S., to join our hikes, to come to our Speaker’s Series, or to join our biweekly meetings, or to become a member, please get in touch.

We are a non-profit society. We work to understand, appreciate, protect and restore the ecosystems and watersheds in the Yellow Point area of Vancouver Island and to inspire and support local residents and visitors to do the same. View all posts by yellowpointecologicalsociety

Do want to receive our newsletter to keep in touch with our activities? Just send an email to yellowpoint2020@gmail.com

Join us on Thursday February 20th at 7pm for an evening discussion: Can a new Development Permit Area help us to Protect the Forest?  13561 Barney Road